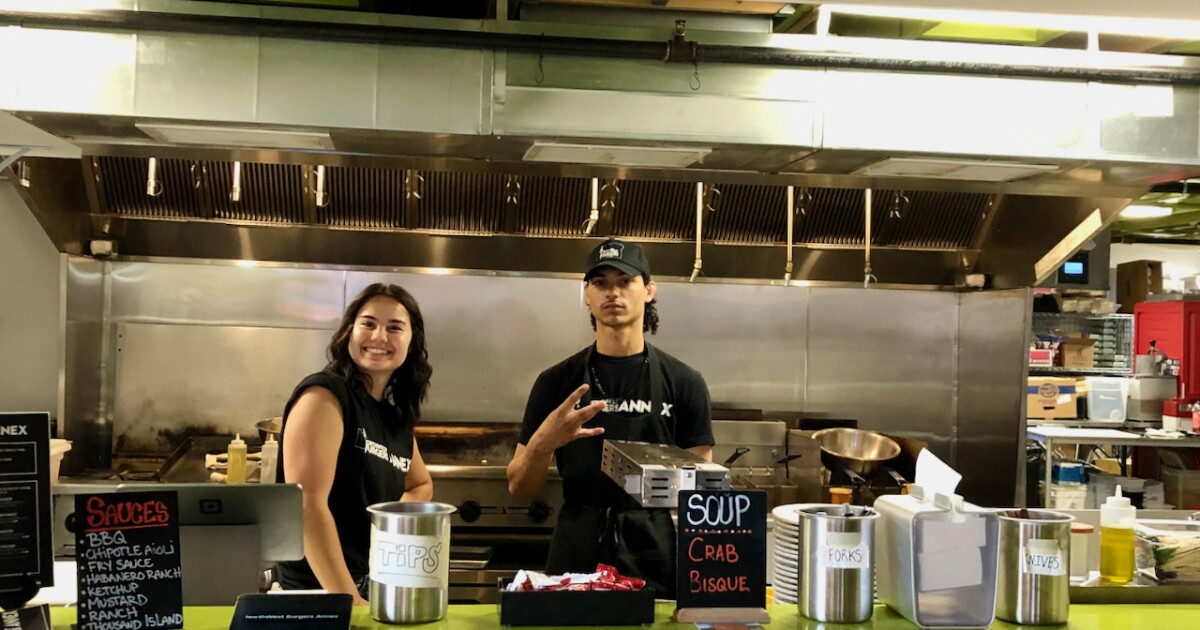 What will become of restaurant work?

The restaurant industry has been hit hard in the first two years of the COVID-19 pandemic. As more people go out to eat this summer, KLCC takes a look at what has changed, perhaps in the long term. This is the final installment in our series, “Workin’ It”.

In 2020, Cat Hernandez worked at Luckey’s in downtown Eugene. She was fired when the pandemic halted domestic service. “Oh, that was hard,” she told KLCC. “It was really stressful honestly, just knowing the bills aren’t going to stop, you know. Capitalism goes on. You’re just trying to figure out what you’re going to do the next day.

She had a few years of uncertainty, taking on short-term work.

Jason Brandt is CEO of the Oregon Restaurant and Lodging Association. He said it was the perfect bad weather storm. “A lot of people who traditionally worked in our industry are leaving for good,” he said. “So I think any job that included a lack of stable income to pay your normal household bills resulted in a historic shift in employment.”

Brandt said people were either trained for a new job or retired. It’s made for an abundance of new workers who need training.

Katie Underhill has been at the Northwest Burgers at the Public House in Springfield for about a month. She said: “It was very easy to find a job, yes I was hired very quickly. I’ve always had different types of jobs and had never worked in a restaurant before, so I wanted to start something different. I love it. It’s very fast here and it keeps me busy.

Underhill might choose a location closer to home due to low unemployment. Jason Brandt agrees that employees have the advantage. He said: “There is incredible, fierce and fierce competition in all sectors of industry for workers.”

At Mezza Luna Pizzeria in Springfield, co-owner John Fitzgerald feels that pressure. He told KLCC: “It’s a very, very strange time. I’ve been doing this for about 32 years, and I’ve never seen where a restaurant is so busy and can’t stay open because we don’t have no one to serve people.

Fitzgerald said business was booming. They have done well for the last two years with take out orders, but have had to close for a few days and hours lately due to lack of staff.

Then there are the expenses. Brandt said basic food and supply costs rose an average of 18% year over year, the biggest increase in 50 years. Fitzgerald knows this firsthand. “It was crazy,” he admitted.

“The price of our cheese has gone up 30% in the last two months. The price of our meat is going up. I mean, we’re trying to fight a good fight and not raise prices, and we haven’t raised our prices only once in the past two and a half years.”

Fitzgerald said there was little they could do to cut costs. Any automation in pizza making, he said, takes the life out of food.

The new owners, however, have the luxury of embarking on a post-pandemic world. Lorraine and David Lehane own the Drop Bear Brewery, a new pub in South Eugene. David said: “We rewrote our business plan at the start of the pandemic due to the change in the way things were done and we felt we had to move away from traditional people-oriented businesses. We thought we would automate as much as possible. »

Drop Bear will have “house captains” as customer-facing staff and most orders and payments will use a point-of-sale system at the tables. Jason Brant said these systems are likely to grow. “I think over the next decade,” he said, “we will continue to see more and more restaurant operations moving to counter-service models and using systems where things are automated at the front of the house, but not in a way that necessarily impacts the quality of the food product.

David Lehane said they also wanted to take care of their team of employees, noting: “It has always been our intention to pay our employees a fair wage. As we grow, we want to provide benefits to our employees and we want to promote 401K because we strongly believe that if you don’t plan for the future, when you get to the end, you’re in a lot of trouble. .”

Lehane said they knew it would be difficult to find stable employees, but they already had a few. Cat Hernandez is one. “Fortunately with them,” she said, “they’ll pay me a decent wage. But I know a lot of people who are still in the industry, and things just get more complicated and they still get paid minimum, and people won’t tip and stuff like that.

The costs of running a restaurant are tricky, Brandt said. “The average margin is three to five cents on every dollar of sale in a restaurant,” he said. “If you think about it that way, it’s one of the most selfless activities, I think, that exists in the country.”

He thinks there are creative solutions that will grow, such as selling sauces or other food products in grocery stores. Brandt said people will always eat out, and restaurants are America’s training ground for life skills. As for what restaurant workers should do if they feel trapped, Cat Hernandez had a thought: “I say unionize. Talk to yourself, talk about your salary. Let the community know, let people know that this is how you are being treated and it is wrong. Come together and form your groups… and stand up, speak. Don’t let people, especially those in power, keep putting you down.

Funding for KLCC’s Workin’ It series comes from the University of Oregon’s Wayne Morse Center for Law and Politics.