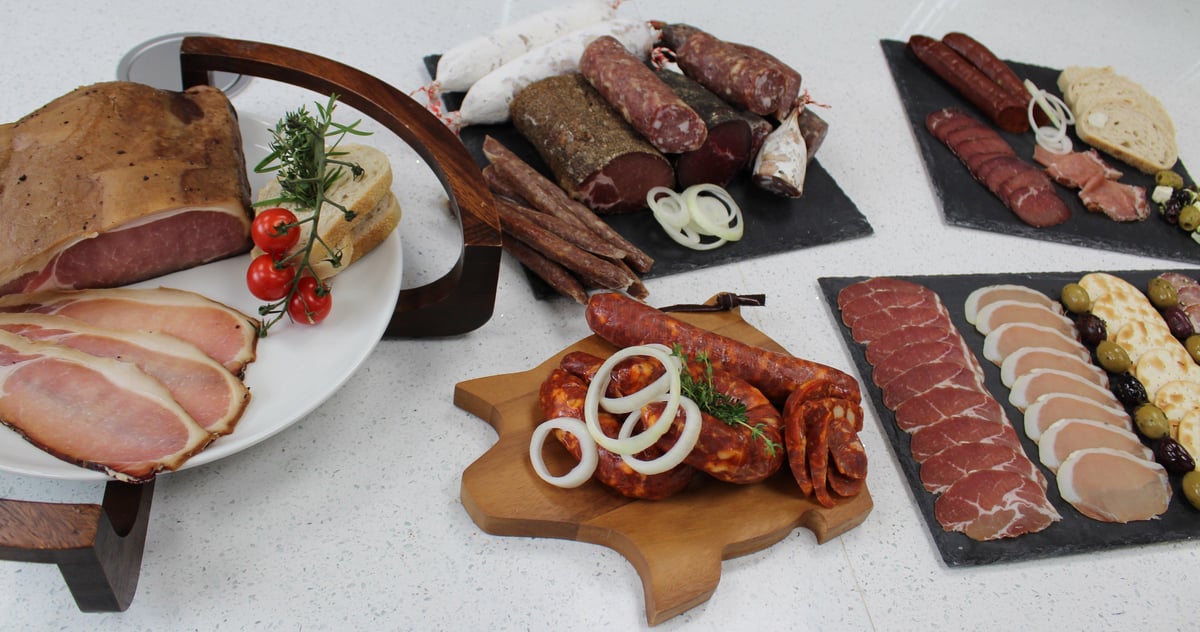 The tattered old paper was found in an attic and led Jonny to embrace his passion, develop new meat cures and learn the history of food.

Now an award-winning producer of Moira’s Charcuterie, Jonny and his sister Janice have developed a highly respected and successful small business around pigs raised on the family farm near Aughnacloy in County Tyrone.

Together they run Ispini – Irish sausage – hailing a range of meats, some based on salami and chorizo ​​found in many parts of Europe. The innovative charcuterie from the old News Letter recipe is Ispini’s award-winning Lomo Black Strap Mollases, a cured charcuterie made from pork tenderloin.

Register to our daily newsletter

The popularity of the historic lomo with foodies here, in the Republic and in Britain has encouraged Jonny to revive several other tastes from the past, including the Ulster roll – a rolled, air-dried, smoked-type ham pancetta, as well as a 150-year-old recipe for a once popular beef jerky in Belfast. He describes it as similar to biltong, the popular South African air-dried strips of beef.

Jonny says he is passionate about developing new meat cures and has learned a lot about the history of food here over the past few years: with what the continent does best.

Jonny and Janice remain buzzing with the flavor of their range of charcuterie. This is the priority for them and it is also why their original meats have won so many prestigious awards in the UK Great Taste, Blas na hEireann Irish National Food Awards and British Charcuterie Awards. Their salami and chorizo ​​won all the medals in the charcuterie categories at Blas na Eireann in Dingle a few years ago.

They formed Ispini in 2015 in an agricultural diversification and “to make very good cuisine, excellent charcuterie”.

“But I didn’t want to be just another producer copying European charcuterie. I wanted to create my own path,” he says.

They both knew they would have to invest time to create the market for their deli meats here.

This realization led them to open a small shop in the center of the village of Moira. A decision also influenced by their love of meeting people and discussing their hand cured meats. He also included other local artisan products in the shop such as cheese, bread and condiments.

The little shop was the first in Northern Ireland to specialize in charcuterie created by the affable siblings and included farm produce, such as salami, chorizo ​​and sausage, which he created especially to from its own rare breed pigs and those from other local breeders.

Jonny, who manages over 300 sows on the farm, had always hoped to open a shop to increase knowledge of charcuterie among buyers here and encourage more to sample his range of meticulously hand-cured meats. He was drawn to Moira’s shop because of the village’s reputation as a food court and also because he lives there with his wife, a nurse in Belfast. He mostly goes to the farm outside of Aughnacloy.

The Ispini shop, which sits in a picturesque courtyard off the high street, has quickly become a magnet for foodies from across Northern Ireland and across the border due to their success during gastronomic events.

Jonny had a wide range of skills from working on the family farm to carrying out much of the renovation work for the premises, a former cafe, in the picturesque village.

“Opening a store has always been on our minds since the launch of our first charcuterie products in 2015,” he continues. “This gives us the opportunity to talk directly to buyers about our products, especially at weekends, and above all to encourage them to taste the meats and other artisanal products. The education process should also benefit other stores selling our charcuterie across Northern Ireland.

“We showed and sampled our entire range to encourage shoppers to buy and enjoy at home, whether as mains, starters or snacks.

“Our decision to set up the shop was also influenced by the growing trend of cooking at home in recent years. This is a trend that looks set to continue. France, Spain and Italy and also order them in restaurants. But they don’t always know where to buy them here. Our store now offers them local charcuterie to buy for enjoyment at home. They are also able to taste to the first new tastes that we constantly offer.”