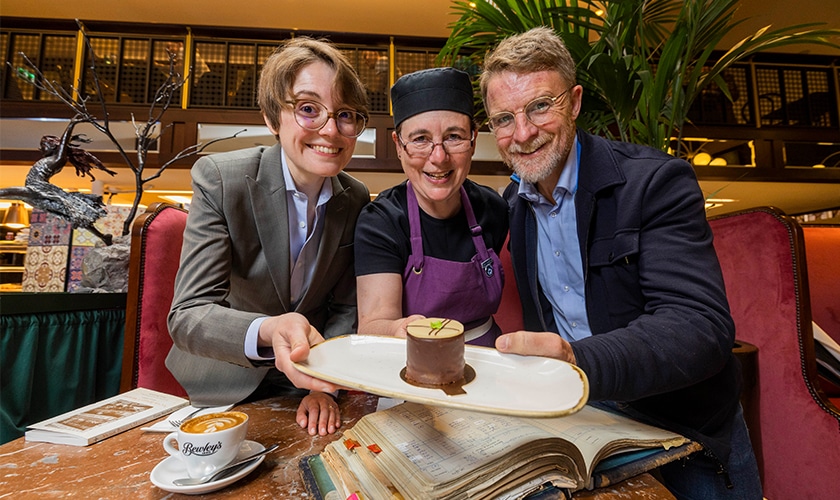 A Rickmansworth baker has solved the mystery of a beloved Irish cake recipe that was thought lost forever.

Pulling off an incredible journey to find the forgotten treat, Hazel Carmichael will now be selling the beloved Mary Cake at her Cake Studio in town.

Mary Cake, a rich chocolate filling on a sponge cake base, coated in chocolate and topped with a disc of marzipan, was a favorite at the famous Bewley’s cafes in Dublin, Ireland.

However, the original recipe was lost during a change of ownership. He was not found until Hazel received a request from the company’s general manager, Cól Campbell.

Speaking of her quest for discovery, Hazel said: “I learned that the original Hungarian sample of Marika was created by confectioner Henry Spelter, who fled Budapest to Dublin after the 1956 uprising.

“Henry was hired by my grandfather and collaborated on the recipe with my great-uncle to produce the Mary Cake, which has been loved by Dubliners for decades.

“Henry Spelter then emigrated with his family to the United States, but I eventually found him through an online obituary – he had passed away a week before! I left a message of condolences…and continued to experiment with recipes.

“A few weeks later, I received a message from a Carolina Malagon in New York, Henry’s granddaughter – who was documenting her life and her recipes.

“I was delighted when Carolina shared Henry’s meticulous notes, and with a list of ingredients that I later discovered in an old cost ledger in Bewley’s archives, I breathed new life into recipe.

“It’s the story of a refugee fleeing war, sharing his skills and his heritage, and what can happen when these are recognized and given a chance to flourish.

“I felt honored to relaunch Mary Cake with Carolina in Dublin recently. And I’m delighted that Mary Cakes are now available at Hazel’s Cake Studio in Rickmansworth, with 50p of every cake sold donated to charity.

Sign up to receive weekly local news updates and deals: