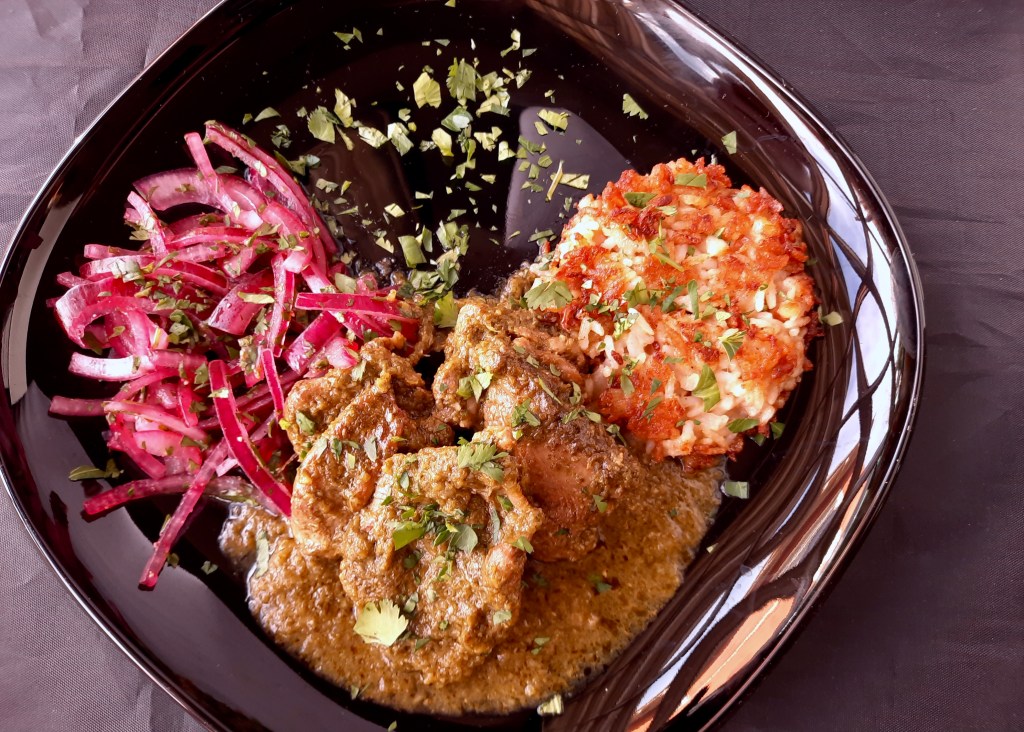 Several hundred years ago, the land we now call Peru (and, to some extent, Ecuador and Bolivia) gave the world of cuisine three foods: peppers, tomatoes and apples. of land, great culinary gifts.

Not so long ago, 29 years now, Peru also gave us Carolina Zubiate, in her favorite and eminently humble way, but a great gift for us. She’s a sous chef at Uncle, a busy ramen shop in Denver’s Highland neighborhood. She also kills him by cooking the food of her native Peru.

On March 4 of this year, she won first prize in a chef competition held at the Colorado Bean Summit at Metropolitan State University in Denver with a recipe donated by her grandfather, Victor Salmón. This is Peru’s well-known and much-loved meat preparation, seco de carne.

“My grandfather lived with my parents, siblings and me,” she says, “and fed me daily until I was 16. He grew up eating a lot of chicken, but had had enough, so my diet was very seafood and red meat onwards.

“When we moved here from Peru,” she says, “he and I shared bunk beds for a few years. These are some of my favorite years. But he only lived with us for a few years before returning to Peru. Once he came back, I really leaned into cooking, for the comfort and taste of home.

Zubiate communicated with his grandfather about his cooking dozens of times over the years before his death in 2021. “It’s been very difficult since he passed away,” Zubiate says, “but I can’t help but be grateful for all the wonderful memories we shared together.”

The recipes here, all from Zubiate, make up a full plate, with chalaquita, an onion relish, as a sort of palate refresher, and tacu-tacu, that famous Native American combination of beans and grains. “Taku” means “mixed” in the language of the Quechua people, one of the indigenous populations of Peru.

Peru’s equally famous yellow pepper, aji amarillo, also makes an appearance here. It would be rare to find fresh aji amarillo peppers here, although you can find them canned or frozen (or the paste made from them) online or at some local Latinx markets.

For cooking, Zubiate advises, “If you’re using a whole canned aji amarillo, rinse it and sear it in a skillet. If frozen, thaw it by boiling it. The recipe here is a close approximation to chili paste, made with more readily available ingredients.

From Chef Carolina Zubiate. For 4 to 6 people.

Blanch the whole bunch of coriander in boiling water for a few seconds, then shock in an ice water bath. Squeeze or drain excess water and, in a blender or food processor, blend into a slurry with the beer. Put aside.

Season the pieces of meat with salt. Over medium-high heat in a large, heavy-bottomed Dutch oven, sear the meat in 2-3 tablespoons of oil until browned on all sides. (Do this in batches, if necessary, setting the meat aside after each batch, so the meat doesn’t “steam.”) When browning is complete, set the meat aside.

In the same pan, adding a little oil if necessary, cook the onions until they start to lose their color, 6-7 minutes, then the aji amarillo, cumin and garlic, for another 90 seconds.

Heat the oven to 200 degrees. Add the “cilantro beer” to the vegetables during cooking and reduce by 1/2. Add the chicken broth and mix well. In a blender, purée the contents of the saucepan (do in batches if very hot).

In the pan, add the seared pieces of meat and lay them flat. Pour over the mixed mixture, making sure that the liquid just covers the pieces of meat. Cover the jar with a layer of plastic wrap, a tight-fitting layer of aluminum foil, and the lid of the jar.

Bake for 3 hours or until the meat is very tender, turning the tightly covered pot in the oven once or twice during cooking.

A close approximation to the paste made from aji amarillo peppers. Makes 1 cup; freezes well.

Remove the seeds and veins from the peppers. With protective gloves, do the same with the other peppers. Cut the peppers into small pieces.

In 2-3 tablespoons of oil, over medium-low heat, cook the bell pepper pieces until they begin to break down and soften noticeably. Don’t brown them. Using a food processor, pulse the peppers several times to obtain a rough paste.

With the motor running, pour 1 cup of oil into the feed to emulsify the peppers and oil into a smoother paste. (You can strain the paste if you want it even smoother.) Store in a clean glass jar in the refrigerator or, for smaller portions, divide in an ice cube tray and freeze.

Use it as you would any relish, pico de gallo, for example, or corn relish.

In a large bowl, rinse the onions twice under cold water, squeezing them lightly after each rinse, then shaking them dry after the second rinse. Combine with the remaining ingredients and mix well.

Makes 8-10 cakes. It’s easier to shape the cakes so they don’t crumble while frying if the mixture has been refrigerated overnight. Also, coating with a dusting of cornstarch can help in the same way.

Sweat the onions in 2 tbsp oil until softened and lost color, 5-6 minutes. Add the garlic and oregano and season with salt and pepper and cook for 1 minute more. Add broth and beans, bring to a healthy boil and reduce by half.

Using a potato masher or heavy whisk, mash about half of the whole beans in the pot, then stir in the rice and incorporate well. When cool enough to handle, shape into cakes about 1 inch thick and 3 to 4 inches in diameter, frying the cakes in more oil until crispy and crispy. golden.

Subscribe to our weekly newsletter, In The Know, to receive entertainment news straight to your inbox.