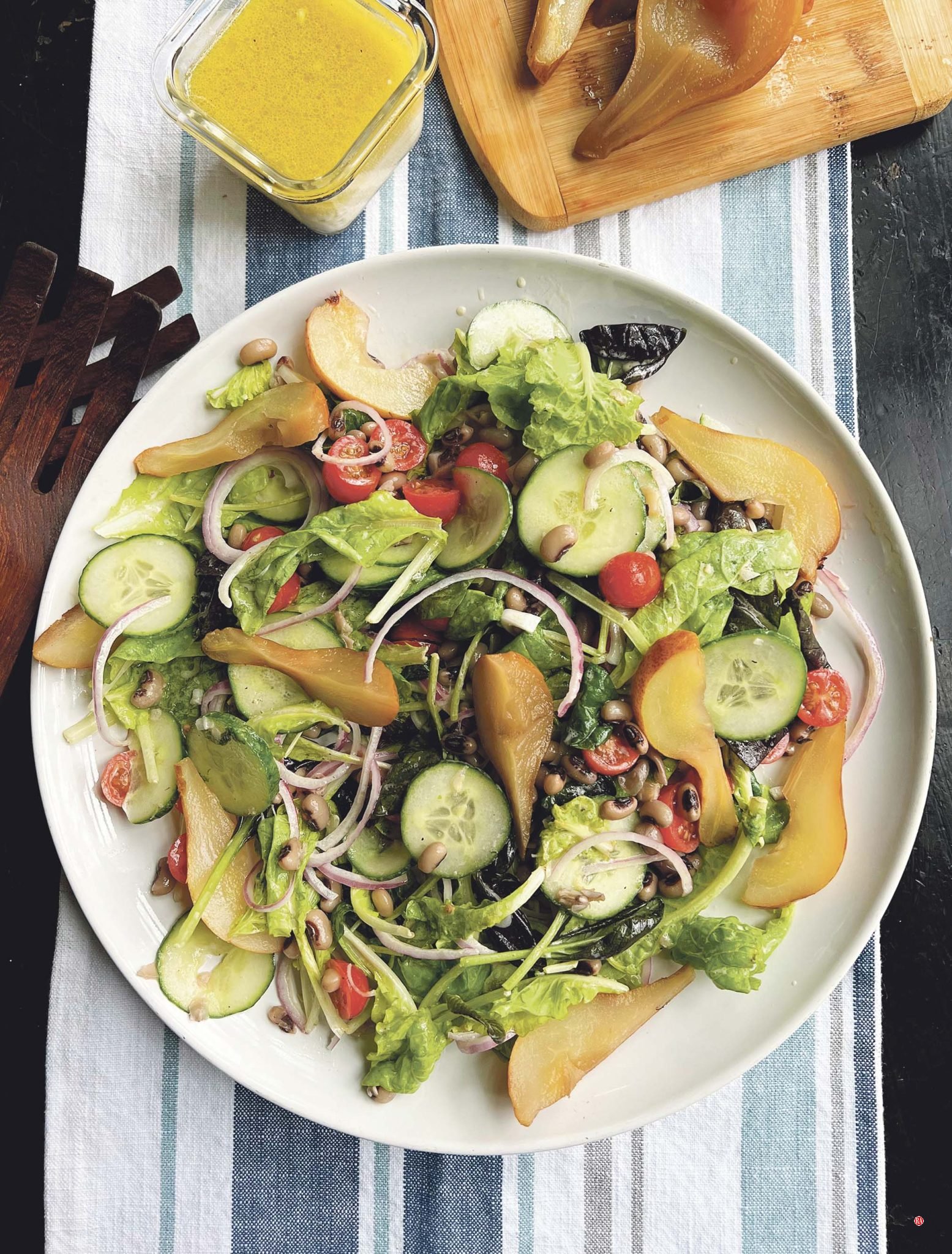 This salad is, for me, all about flavor, texture, and childhood memories,” says chef Alexander Smalls in his cookbook, “Meals, Music, and Muses: Recipes From My African American Kitchen.” The cookbook is a tribute to his South Carolina heritage and the music that inspired the former professional opera singer.

A childhood favorite, it was on the menu when he opened The Cecil, New York’s first African-Asian-American restaurant, in 2013.

It honors his father and grandfather and the pears they grew in their backyard in Spartanburg, South Carolina.

The beans add protein and the pears a touch of elegance. A lemon vinaigrette ties it all together.

It’s a versatile recipe that can be made ahead for dressing later, and easily transitions from an appetizer to a full meal depending on size. I halved the ingredients for smaller portions.

Bring to a boil over medium-high heat. Cover, reduce heat to low and poach until pears are tender but not mushy, about 35 minutes. Let the pears cool to room temperature, then cover and refrigerate for at least several hours or up to overnight.

Prepare the vinaigrette: In a food processor, combine the vinegar, citrus juices, shallot, mustard, mayonnaise, honey and a pinch of salt and pepper. Pulse until smooth, about 30 seconds.

With machine running, add oil in a thin stream and process until emulsified. Taste and season with salt and pepper. Use immediately or store in an airtight container in the refrigerator for up to three days.

In a large bowl, combine the grape tomatoes, onion, cucumbers and greens to combine. Add the black-eyed peas and dressing (a little at a time, until the greens are lightly coated) and toss.

– “Meals, Music, and Muses: Recipes from My African-American Kitchen” by Alexander Smalls (Flatiron, $35)