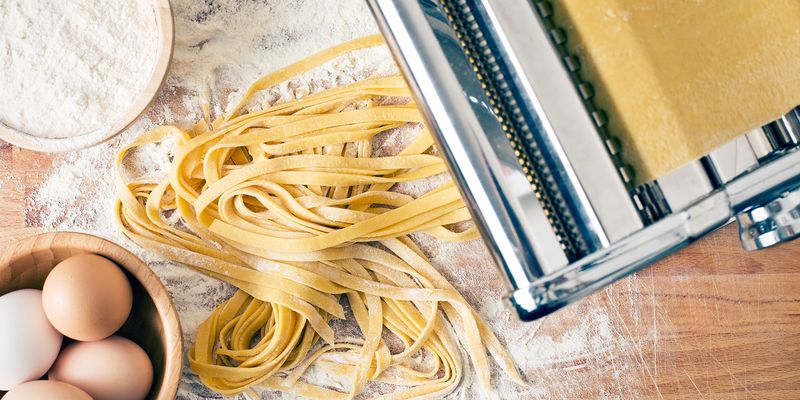 Pasta is serious business in Italy, with over 300 specific shapes known by some 1,300 names. There is even a 55-year-old “pasta law” that governs its production and making. But that doesn’t mean the beloved staple is cut off from innovation.

Now, Italian researchers have concocted a new process to extend the shelf life of fresh pasta by 30 days, using a new packaging process that also involves applying bioprotective probiotic cultures to the pasta. They published this new recipe to better preserve fresh pasta in the newspaper Frontiers in microbiology.

The problem with fresh pasta

Most fresh pasta sold in stores today is produced through an industrial process that includes heat treating the product, essentially the equivalent of pasta pasteurization. Once the pasta is ready, it is stored in what is called Modified Atmosphere Packaging (MAP), which involves removing oxygen and replacing it with other gases in a package made of plastic film.

Stored in the refrigerator, fresh pasta will keep for 30 to 90 days. However, many things can go wrong and compromise pasta quality and even product safety. Some bacteria can survive heat treatment and grow under the right conditions, such as too much humidity.

Sometimes chemical preservatives are also used to help retain freshness. However, for consumers who prefer “clean label” natural products without artificial or synthetic ingredients, the options available to extend the shelf life of fresh pasta are limited.

Researchers from the National Research Council (CNR), Italy’s largest public research institution, together with the University of Bari Aldo Moro and in collaboration with the private chemical laboratory Food Safety Lab, have developed a new Clean labeling method to minimize spoilage issues. First, they changed the ratio of MAP gases to the combination of plastic films used in packaging to better control microbial growth and impermeability. Finally, they added a multi-strain probiotic blend to inhibit the growth of bacteria.

The scientists then tested the new protocol using a type of short, thin twisted pasta called trofie. A set of fresh pasta was made and packaged in a conventional manner. A second set was made in the traditional way but stored in the experimental MAP. They added the bioprotective probiotic strains to a third set of fresh trofie, which was then stored in the experimental packaging.

And then the scientists waited.

After a few months – and using high-tech methods such as gene sequencing to identify microbial compositions and mass spectrometry to profile volatile organic compounds – they found that trofie pasta treated with antimicrobial bioprotective probiotics in the Experimental MAPs had the best shelf life of the three experiments.

De Leo said the technique developed by his team could be introduced at an industrial level, adding 30 days of shelf life compared to conventional products.

“From a consumer perspective, a definite advantage of this product is the long shelf life and ease of storage,” she said. “This may be particularly important given that consumers increasingly tend to reduce the frequency of their food purchases, and therefore stockpile as much as possible at home.”

The value of research goes beyond finding a better way to store pasta longer, she added, to helping reduce food waste. The World Food Program estimates that around a third of all food produced each year is wasted or lost before it can be consumed.

“Food waste and loss have a great influence on the ecological and environmental sustainability of the food system,” noted De Leo. “The adoption of innovative technological solutions for food waste prevention, such as the one described in this study, can help offset these problems, if companies are ready to rise to the challenge and innovate.”

– This press release was provided by Frontiers