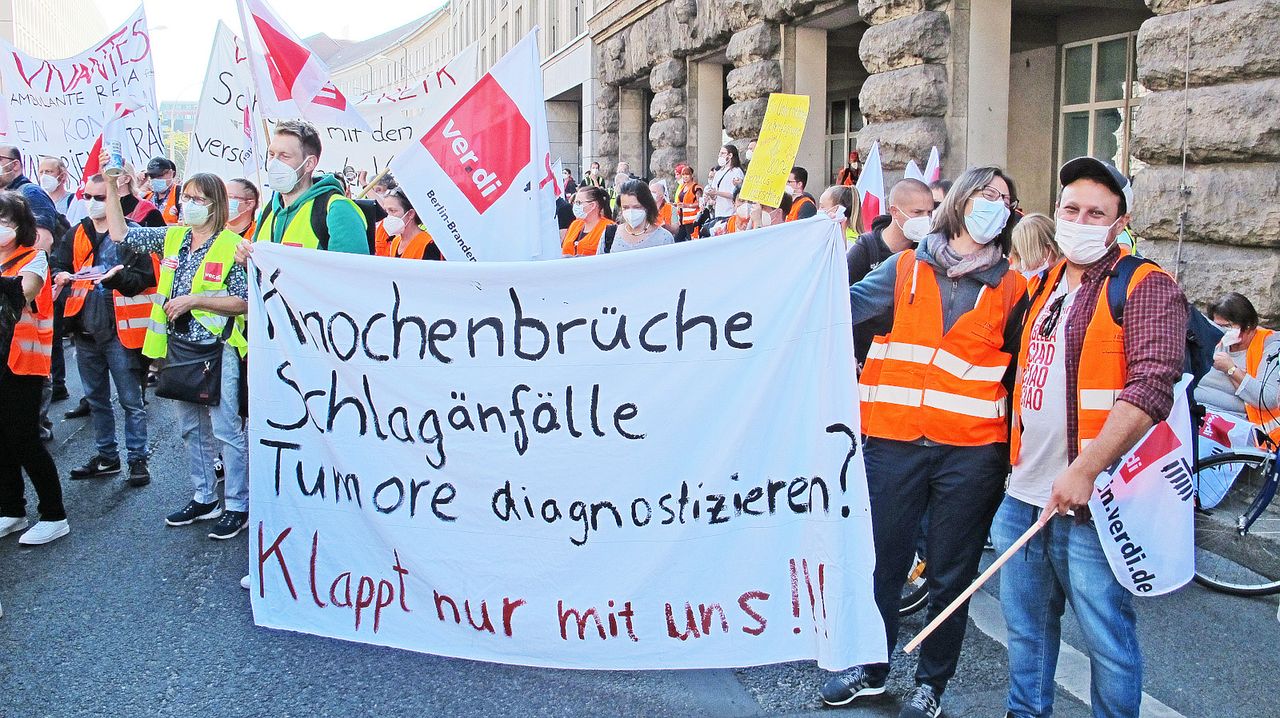 Nearly three years of the coronavirus pandemic and a current double-digit inflation rate have pushed many hospitals and healthcare workers to their limits. This year, hospitals can only claim price increases of about 2.3%, which covers about one-fifth of the actual inflation rate. It is therefore not surprising that two out of five hospitals see insolvency as a possibility.

A study by management consultants Roland Berger found that almost 70% of hospitals expect to run a deficit this year. Among public/state-funded hospitals, the figure is 90%; 96% expect the economic situation to deteriorate over the next five years.

Health Minister Karl Lauterbach (Social Democrat, SPD) and the “traffic light” coalition, which includes the Liberal Democrats (FDP) and the Greens, announced a “hospital reform”. But instead of supporting hospitals in need and providing relief to the struggling healthcare system, it’s the first step toward implementing longstanding plans for nationwide hospital closures and cuts. radicalism in public health care.

The situation is dire. According to a recent survey by the German Hospital Institute, 96% of hospitals can no longer cover their costs with their current income. For example, a medium-sized hospital will now pay more than 6 million euros more for electricity and gas next year than last year. Extrapolated to all hospitals, this results in a shortfall of 4 billion euros for energy expenditure alone.

Added to this are the charges caused by the pandemic. In the summer, the so-called coronavirus aid provided to hospitals expired. At the same time, the government’s unscrupulous policy of letting the virus run wild has led to a desperate overload of hospitals, even before the peak of the fall/winter surge. In the coming weeks, the situation will get even worse.

Before the pandemic, the staffing situation in hospitals was already catastrophic. Over the past two and a half years, hundreds of nurses have quit or cut their hours because the workload is unbearable. Now there are huge staff shortages due to COVID infections. Nearly 80% of hospitals expect to have to postpone or cancel operations and treatments scheduled for this fall due to a lack of staff.

According to government plans, there is to be marginal financial support for pediatrics and obstetrics. Pediatric clinics are to receive additional funding not yet specified, in addition to the lump sum funding per case, to compensate for any shortfalls. However, these will be tied to the target requirements. For example, at least 80% of the 2019 revenue volume must be achieved, otherwise there is a risk of deductions.

Each hospital with a pediatrics department and a perinatal center will receive 1.5 million euros. But this sum is nothing more than the proverbial drop in the ocean since these areas have been systematically cut off since the establishment of the DRGs (collective financing linked to diagnosis). Pediatric medicine, in particular, has been reduced in favor of other fields that promise higher profits. Today, in some regions of Germany, there is a real lack of care in these areas.

Central to Lauterbach’s plans, however, is the reduction of hospital treatment. To this end, the greatest possible number must be carried out in day care and thus be invoiced. Lauterbach argues that this will relieve nursing staff because many night services will then not have to be staffed. “We do a lot of hospital care that could actually be done on an outpatient basis or without patients staying overnight. It is an old structure that we now want to overcome,” he told ZDF television.

Lauterbach never advocated for better working conditions in hospitals, neither as a long-time member of the private hospital supervisory board in Rhön nor as a health care politician. Given the approximately 30,000 vacancies in nursing care, the elimination of certain night services would not change much.

On the contrary, overcoming the “old structures” aims to close hospitals in all areas and reduce services, and therefore staff, in those that remain. Lauterbach is thus pursuing the policy that he himself largely contributed to shaping in 2003/2004 with the establishment of the Diagnosis Related Groups (DRG).

Since then, hospitals have been under enormous economic pressure. With DRGs, hospitals are reimbursed for the average cost of care, regardless of actual expenditure. To be profitable or cost-neutral, they need to treat as many patients as possible with as few staff as possible.

Only if a patient is discharged from the hospital as soon as possible does the hospital make a profit. If, however, the patient has to stay in hospital longer than the flat rate per case covers, because the treatment is more complex, this is generally not reimbursed by the health insurance funds and the hospital bears the costs. .

Due to the flat rate per case model, there are “bloody dumps”; to respect the predefined lengths of hospitalization, patients who are not really ready are sent home.

With the “reform” now planned, this system will become even tougher. Treatments that should be carried out in full hospitalization must increasingly be carried out on an outpatient basis. In addition, so-called hybrid DRGs are in the works. This means that outpatient therapies can also be performed by doctors in private practice. Above all, small hospitals and primary care hospitals offering general and emergency care, but without specialization, would lose income. The planned closures would thus be predetermined.

Boris Augurzky of the Essen-based Leibniz Institute for Economic Research (RWI), which also sits on the Health Ministry’s expert committee, welcomed the plans. It assumes that 20% of current inpatient cases could be treated on an outpatient basis. This gives an idea of ​​the scope of the plans.

Augurzky had already called for the national closure of hospitals during the first wave of the pandemic in the spring of 2020. In conditions of completely overloaded intensive care units, he coldly remarked that it was a pity that more hospitals were not not closed. He later asked the federal government to cut hospital costs further, an “austerity phase” was approaching, Augurzky said.

For years, Lauterbach and Augurzky have been calling for the implementation of the proposals of the Bertelsmann Foundation, which had called for the closure of more than half of German hospitals in 2019. In early September, the think tank of the Münch Foundation, of which Augurzky is president , published a study promoting a complete “transformation” of general hospitals into ambulatory care facilities.

The consequences of such a “transformation” are clear. Even more than before, economic pressure and profit maximization will drive treatment to the detriment of patient care. Hospital stays with full medical and nursing care would become the exception for the majority of the population.

Lauterbach and the “traffic light” coalition want to use the drastic situation they themselves have created by their profit-before-death policy with their planned “reforms” to further cut public health care.

Sign up for the WSWS newsletter for healthcare workers!

2022-11-02
Previous Post: Recipe Unlimited is looking for franchisees at the annual open house
Next Post: Italian researchers find a new recipe to extend the shelf life of fresh pasta by a month | Food