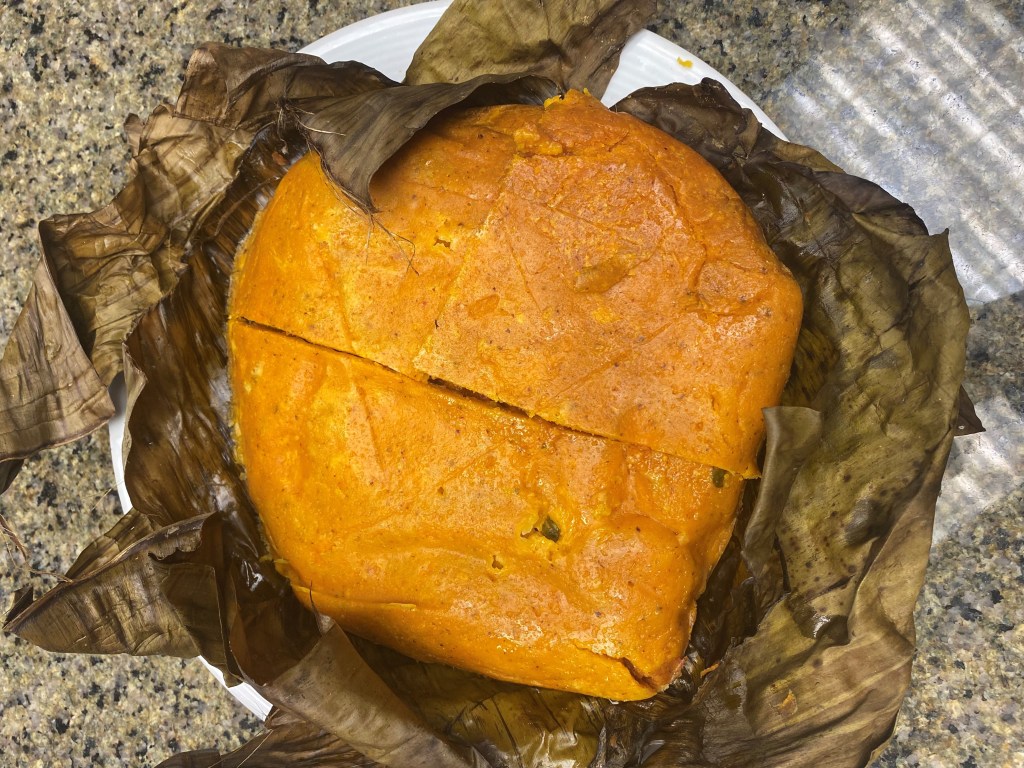 While the United States has brought out the pumpkins – whether carved, spiced for lattes, baked in bread, or all of the above – Mexico is gearing up for Día de los Muertos (Day of the Dead) or, in parts of the Yucatán region, Hanal Pixán, the Mayan version of Día de los Muertos.

And contrary to popular belief, Halloween has nothing to do with the Mexican celebrations from November 1 to 2. Especially not with Hanal Pixán, which means food for souls, and it is a time when families prepare special meals to honor ancestors they have lost.

“Sometimes it gets a little confusing, Hanal Pixán and Día de los Muertos with Halloween because it’s so close,” says Sergio Zárate, executive chef of Grand Fiesta Americana, an all-inclusive resort and spa Coral Beach Cancún, where one of the particular meals are prepared for the guests. In previous roles, Zárate was the private head of the Royal Family of Bahrain. “But I think, and the way we Mexicans see it, it’s a bit more like Thanksgiving because it’s a remembrance of our past, our families and all those who died, and it’s is a way of honoring them.”

For Hanal Pixán, a large feast is offered for deceased souls and placed on an altar, often alongside other tokens, such as photographs of loved ones, marigold flowers, and candles. The idea is that deceased people will be brought home during this time to eat and be honored by their families. Hanal Pixán, according to Zárate, who comes from Mexico City, is more celebrated “in rural towns, in the pueblitos with the family [in the little towns with the family].”

One of the traditional Mayan dishes on the menu is mukbil pollo. In Maya, muk means “to bury” and ticket means “stir or mix”. The dish, when made traditionally, is assembled above ground and then buried for cooking. As Zárate says, it’s “a bit like an old-fashioned barbecue, but everything is covered with plantain leaves and left to cook overnight”.

The result is what the chef describes as a kind of large tamale filled with a mixture of chicken, pork, local epazote (a Central American herb) and spices.

While Grand Fiesta Americana guests have the chance to taste it prepared in the oven, the Mayan women who work alongside Zárate prefer the dish prepared underground, in keeping with tradition.

“We cook it here in the ovens, but it’s still good,” he says. “We couldn’t cook it under the sand – the hotel is right on the beach so the sand is very wet and it wouldn’t come out properly anyway.”

The main thing, says Zárate, is to maintain the tradition.

“With all this globalization and all these people coming from small towns and living in big cities, they want to embrace the new culture,” he says. “It’s like they’re losing touch with tradition, which is, in my opinion, what we have. These are our roots.

Below is the recipe for mukbil pollo de Zárate (for baking, unless you have access to mountainside terrain to dig).

This treat is prepared for the Day of the Dead celebration. It is believed that through this dish we can establish a connection between the world of the living and the world of the dead. Known as Hanal Pixán (food for souls) The people of Yucatan are waiting for this season to create this masterpiece of the culinary world. Made from nixtamalized corn [a traditional preparation where dried kernels are cooked and steeped in an alkaline solution, usually water and food-grade lime], lard, chicken and a heap of condiments that form a kind of huge “tamal”, wrapped in banana leaves, then buried and cooked slowly in the heat of incandescent stones. — Chef Sergio Zarate

Start cooking the chicken in cold water, add a bay leaf, whole black pepper, half an onion and two cloves of garlic and a pinch of salt. Once everything is cooked, reserve the meat and separate the broth.

Pour the broth into a skillet. (You will need about four cups.) Dissolve the achiote in the broth and add a little salt; add a little corn flour to the broth to make a thick sauce, called maya kol, in which the chicken will finish cooking.

Mix the corn dough with the lard, add the salted achiote dough to give the dough that special color. Add the xpelón (or black) beans.

To make the corn dough base, line the bottom of a roasting pan with the banana leaves, put some masa (dough) on the leaves giving it the shape of the pan. Save some masa for the end, to form the lid of the dish.

Shred the chicken and sauté with the remaining onion, garlic, julienned tomatoes and epazote leaves.

Finally, put the lid of masa on it, wrap everything with the banana leaves. Preheat the oven to 300 degrees Fahrenheit and bake for about an hour and a half.