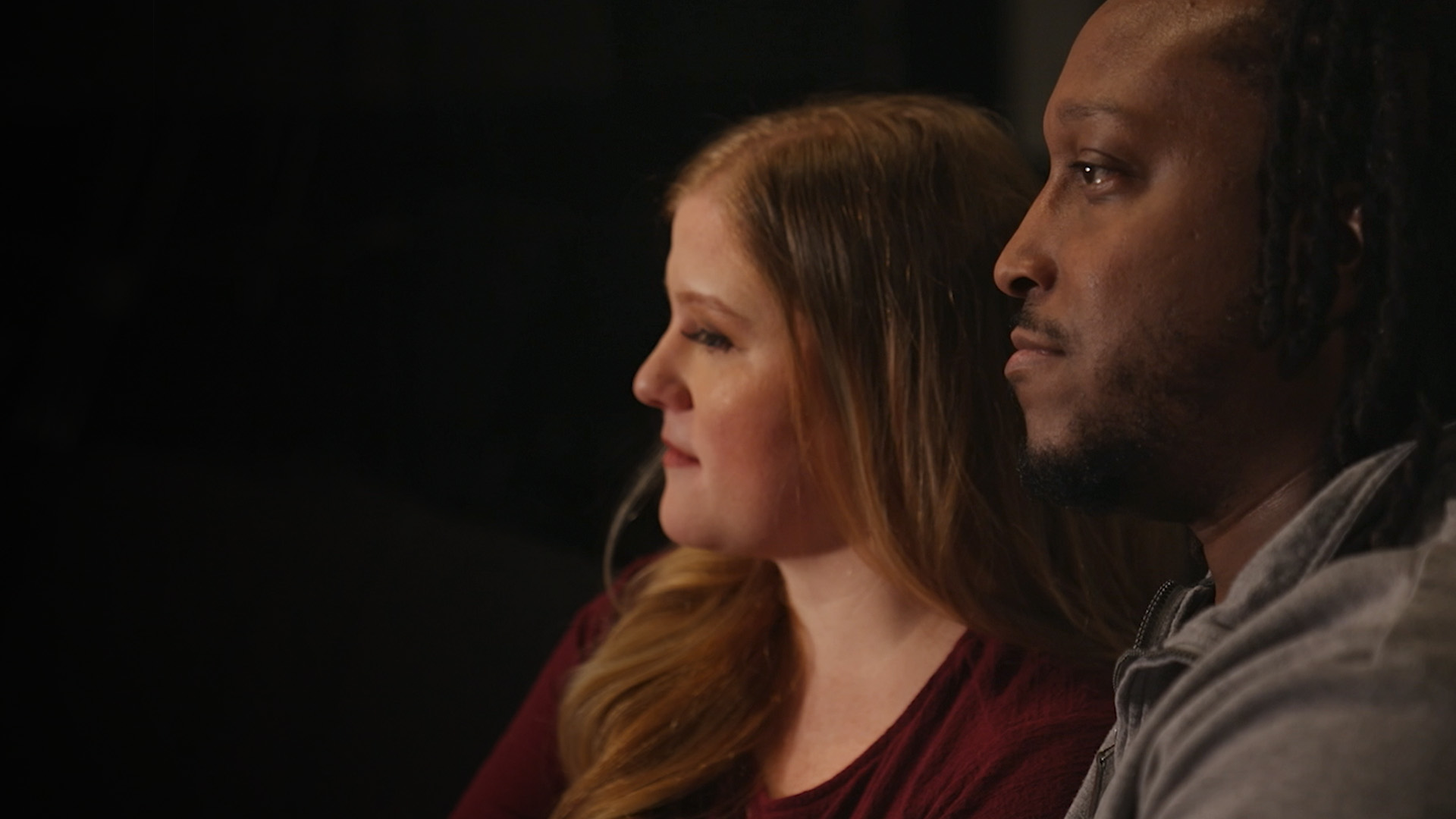 “I love cooking in general, whatever it is,” says Jamar Sheffey.

Jamar worked as a sous chef and head of catering at a large hospital before God launched him full-time into his own catering business.

“I felt like God was more than a little nudge, I felt like he just pushed me off the cliff,” Jamar explains.

Building the business took time and was slow, making it difficult to support his housewife, Katy, and their children.

“There were a few times where I was like, ‘I don’t know if this is going to work out,’ Jamar admits. “So yeah, it definitely got discouraging at some point.”

And while the couple wanted to pay tithing, they didn’t think they could afford it.

Jamar says, “I mean, I felt like every penny was – it felt like life or death. Sometimes it got so heavy, it would be overwhelming.

They already had a consolidated loan and wanted no more debt. They didn’t even have money to replace their flooring, which caused severe allergic reactions.

“We had to apply the charges to our credit card. It’s not something I personally wanted to do,” admits Katy. “But I knew that for the health of my daughter and myself, we had to take these measures.”

Other essential home repairs were pushed aside, while basic family expenses kept piling up. The couple needed a breakthrough. Then, at their church’s 2020 New Year’s Vision night, they decided it was time to start tithing.

Jamar recalls, “I didn’t want to stand before Him and have to answer the question of why you didn’t give me your best first. I just couldn’t do it anymore.

Soon after, the pandemic hit.

“We started getting emails and calls from customers asking for refunds because they had to reschedule or just cancel,” Jamar shares. “And I remember we had paid back almost $10,000 at that time, which was about all we had.”

Katy adds: “Our bank account was at a point where it was like, ‘How are we going to do for tomorrow?'”

They couldn’t meet their utility bills and they also had to use food stamps.

Jamar said humbly, “It’s never a good feeling not having enough money to pay your bills and I mean, it’s not a good feeling as a man, period. You know, sometimes you just feel like a failure.

Their church helped them out. Meanwhile, the couple secured pandemic relief money and returned one of their cars before it was scheduled for repossession. During this time, they made offerings when they could. However, despite the Sheffeys’ desire, they still do not tithe first.

Jamar admits, “We didn’t put all of our faith in God at that time. I call it inner conflict. It was, ‘Do I always want to keep my fist closed, or do I want to trust God completely and open my hands and give him everything I have?’

Jamar says what God said next helped him let go.

“He just said, ‘Next year will be the best financial year you’ve ever had,’ Jamar proclaims. “And He wanted me to say it. So I turned to my wife and told her.

Soon Jamar was hired as a consultant and trainer for a new barbecue restaurant. And when Vision Night came back, he heard God tell him that they were supposed to give $10,000 next year no matter what.

“I said, ‘Okay, I’m going to see if your Word is true. You say, your Word doesn’t come back void. We’re going to test it,'” Jamar shares. could put pressure on God.”

Katy adds, “It was almost like a revealing moment aha, like you know, you tell your kids the exact same thing over and over again until they end up being like, ‘Okay, I ‘got it.’ And then they obey, so I think it was a bit like that.

By faith, they finally put the tithe first and ended up giving even more than expected. With his new position at the barbecue restaurant and increased catering work, Jamar’s income quadrupled by the end of the year. The Sheffeys had enough money to take care of repairs to their home, in addition to paying off their remaining car and part of their loan.

Katy explains: “It was our heart to repay those who reduced our debts to have more financial freedom to give so that others could experience, for example, ‘Why are you so generous, why are you giving so freely’, and we always say, ‘It’s not us, it’s Him.’

Jamar has acquired several new catering contracts and now has its own cooking show in the works. Their income continues to rise and the couple plans to tithe and give more than ever.

“I can’t afford not to pay tithing,” he smiles. “Because God cannot lie.” He concludes: “So. if you do your part, He must bless you. Just start tithing and don’t stop. It will change your life forever.