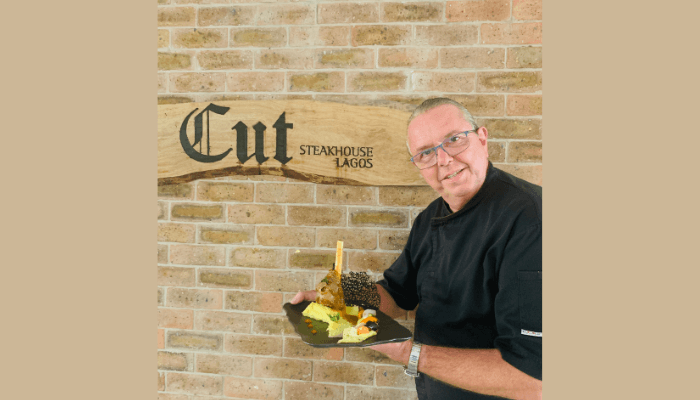 With his wide, genuine smile, guests are always delighted to meet Chef Gilles Debie at the many hotels and restaurants he has worked in over three decades of experience in the hospitality industry.

Chef Gilles Debie, who is the Executive Chef of the Radisson Blu Hotel, Lagos Ikeja, is a French-trained five-star executive chef and gastronome with over three decades of international expertise gained from leading five-star hotel brands. His culinary career began in September 1986 as chef de partie at the Mmabatho Sun Hotel in South Africa. Years later, he held Sous Chef and Executive Chef positions in China, Oman, United Arab Emirates, Thailand, India, Kenya and Mauritius. In July 2015, he assumed the role of Chief Executive of the Royal Family of Saudi Arabia. He continued in this role until June 2017, when he held other prominent leadership positions in Egypt and Togo. In February 2021, Chef Debie moved to Radisson Blu Hotel Lagos Ikeja, where he elevated the kitchen to its current state and continues his vision of delivering exemplary dishes alongside a complete experience for all guests.

However, the executive chef, who learned cooking at a vocational school, says cooking is “my passion and my lifestyle”.

Explaining the secret to his successful culinary career for over three decades now, he says, is “making sure I’m as authentic as possible with the dishes I create”.

With all this for the French-trained executive chef, it’s worth booking your experience with Chef Gilles, especially at Cut Steakhouse and other restaurants at the Radisson Blu Hotel, Lagos Ikeja, where he leads a team of kitchen professionals to organize specialties. for the guests.

As a guest and fan of the chef once said: “Specify the details of your requests and the chef will send you a personalized menu just for you”.

Of course, the delicacies are aptly labeled Gilles’s Food Gallery, where customers can find a new menu to try or enjoy familiar dishes in a more appetizing way.

“Below is a small demonstration of what I can bring to your table,” says the chef, while revealing his Lamb Shank recipe, which he prepares at Cut Steakhouse Restaurant, Radisson Blu Hotel, Lagos Ikeja .

The recipe is for four people.

Place the pan over medium-high heat, add the olive oil, then add your lamb shank already well marinated with salt and pepper and cook, turning occasionally with tongs, until tender. let it brown on all sides. Put the lamb shank in an ovenproof dish put a little carrot, onion, garlic, bay leaf, rosemary Merlot Marques de Berol wine three glasses of water on it then cover with aluminum foil and cook in the oven for 3 to 4 hours and check the time clock the water level until the lamb shank is tender.

Peel and boil the potato until tender. Mash and add butter, milk, salt, pepper and a pinch of nutmeg if available.

Place the mash on the plate and place the lamb shank on top, decorated with boiled vegetables and sauce around it.

Chef Gilles Debie awaits you at the hotel and more particularly at the Cut Steakhouse restaurant to taste the specialty of lamb shank.