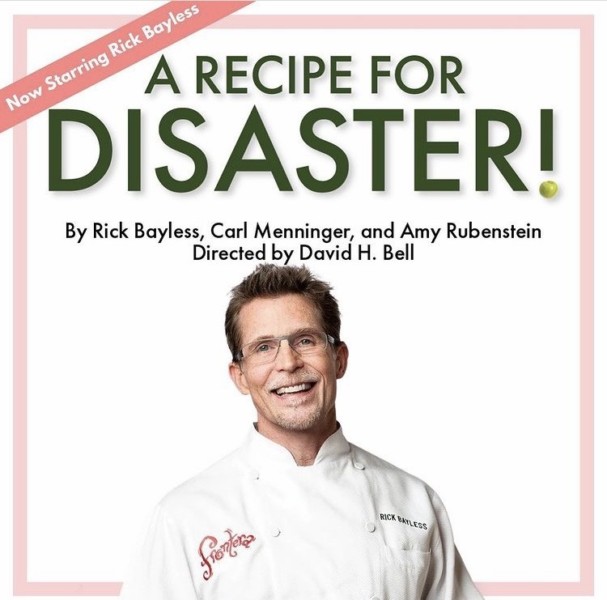 A recipe for disaster – living up to its name

It’s not every day that a well-known chef headlines a new play, so it was with great interest that I attended the new immersive comedy, A recipe for disaster! This Windy City Playhouse production took up an entire floor of the newly reopened Petterino’s Restaurant, dubbing the performance space “The Playhouse at Petterino’s”. This multi-sensory experience features the acting debut of celebrity chef and James Beard Award winner, Rick Bayless. Not only is he the star, but he’s also credited as the playwright and creator of the sample bite-sized treats delivered to the audience throughout the production. The snacks were divine, it was the part that left a bad taste in my mouth.

Aspiring to be a slap-stick game, the jokes are as flat as hot champagne for a day. It took a writing team of five to write this chaotic mess of a script; Rick Bayless, Carl Menninger, Amy Rubenstein, Deann Bayless and Kevin Sullivan, but the sum of their combined efforts left me wanting more. Much more. Directed by David H. Bell, this immersive production crumbled under the weight of its own ambitions. When the action takes place inches from the audience, you can’t hide behind the usual smoke and mirrors of a larger stage. One-dimensional characters aren’t satisfying enough to sustain this nonsense for 90 minutes.

The action centers around “Influencer Night” at the fictional upscale restaurant, The Contumacious Pig. Joining Bayless in this galley-themed misadventure are a team of vapid nincompoops. Art Director, Amy Rubenstein as Shelly, the hostess and manager who begins production on the phone in the lobby chatting with her mother, then must quickly put out an endless series of metaphorical fires, including juggling repeated kitchen mishaps, complaints from customers, a missing pig as a main course, a surprise and unscheduled visit from a health inspector, and an unnecessary love affair with Bayless himself, which came to nothing. Scott Duff plays the unfortunate health inspector Clyde, like an insecure fool. Duff is a regular on the comedy and improv circuit in the Windy City and deserves better.

Marcus Jackson is Boris, the backup server with a hidden agenda. I won’t spoil it here, but I have to say he was punished with one of the worst hairpieces I’ve ever seen. From my high table, I was inches from the worst hairline on a man since John Travolta’s Oscar-night toupee. I understand costume designer Uriel Gomez had a really tight costume budget, but that party supply store mat was embarrassing. Rounding out the cast are Darian Teneas as Kiki, a self-important, self-indulgent and fastidiously pretentious vegan social media influencer and her plus one, Desiree Staples as Loreen, a starving kleptomaniac looking for a handsome, a full set of glasses and cutlery, all stolen from the restaurant.

The two stars of this mess are Daniel Trinidad as Felix, a kitchen helper who is also an acrobat, juggler, and acrobat. This production should consider itself lucky to find this talented newcomer, a gifted physical comedian who delivered some legitimately heartfelt moments of laughter. Juggle oversized kitchen knives with assured ease. The strongest play came from Sam Linda, as assistant sous chef, Iggy. Making her Windy City debut with this production, Linda is a real find. His character runs the kitchen, far from smooth, but he ended the show with his pride and dignity still intact, which is way more than I can say for the rest of the cast.

For those wanting the full experience, a VIP package is available for purchase, including a pre-show charcuterie board and cocktails. During the course of the show, edible treats are served to the public. Appetizers include crispy pita with homemade hummus, za’atar roasted tomatoes and oil-dried olives, and roasted dates with smoked coriander gorgonzola dipped as an appetizer. To wash down these delights, a signature cocktail called Chicago Paloma, with Espolon blano tequila, fresh grapefruit and lime juice with Malort on ice. Velouté of wild mushrooms with fresh thyme, sherry and Aleppo peppers helps this absurd prank of mistaken identity, drugged chef, kitchen sabotage and much more. By the time dessert is served, a Chocolate Fantasy of moist chocolate cake with avocado chocolate mousse and tequila macerated mango, everyone will be ready for it to end. FYI, non-alcoholic cocktails are also available during the show on request. Accommodations for dietary restrictions are also available, just be sure to contact the box office before showtime. Audience members are also asked not to touch performers or take photos during production, the latter rule having been repeatedly and consistently violated the night I attended. 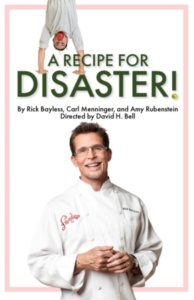 Since March 23, 2022, proof of vaccination is mandatory to attend, but wearing a mask is optional. The party I attended, everyone but my plus one and myself opted out of wearing masks at all at any point during production. With Covid-19 on the rise again and Broadway shows like macbeth, Plaza Suite, a strange loop and Paradise Squarecanceling and postponing shows because their leads are positive, I wish everyone involved here good health and good luck. 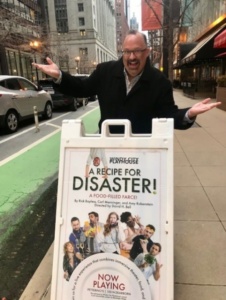 Windy City Playhouse A recipe for disaster! currently plays at the Club level of The Playhouse at Petterino’s

2022-04-11
Previous Post: Ranveer Brar shares a delicious recipe for chicken cutlets that can be made at home
Next Post: 2022 Recipe Box Delivery Market Share Analysis by Major Key Players