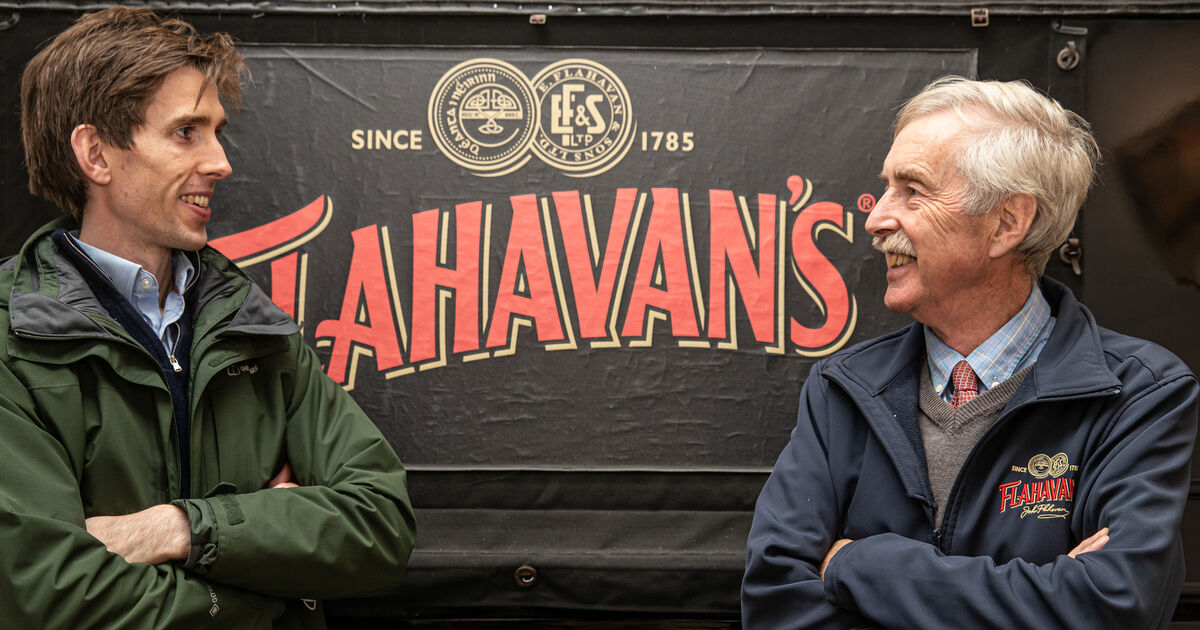 Their name may well be synonymous with oatmeal porridge and toasted granola.

But, now Flahavan’s is earning a name for itself from something entirely different: durability. And it’s something that current physician John Flahavan began practicing long before renewable energy and sustainability became as mainstream in conversation as they are now.

Indeed, it perpetuates a tradition of using renewable energies practiced by its ancestors for centuries. The company’s mill stream, which was hand dug over 200 years ago, has always been used to power the mill wheel.

It was replaced by a water turbine, which was purchased in 1935, but has since been retrofitted with a modern generator and controls to supply green electricity to the plant.

The water turbine contributes around 3% of the electricity needs to help power the mill and saves the company around €8,000 per year, based on 2020 energy costs.

At Flahavan, they bake the oats with the outer husk and the husk is then removed and burned to fuel the boiler, which generates the heat and steam needed during the milling process. All of the heat requirements used in the plant come from this boiler, which uses around 960 tonnes of oat husks per year to fuel it.

The first oat husk boiler was brought into the factory in 1985. Prior to this, an oil-fired boiler was in place and oat husks were used as an ingredient in animal feed, which was a key part of Flahavan’s activity until the 1990s.

The company feeds oat hulls – the outer husks of the 1,666 tonnes of oats ground each month – into the boiler each month, which equates to 4.25 million kWh per year. If they were to use diesel to power the boiler, they would have to pay €300,000 per year.

In 2017 they installed solar panels on the roof of their grain warehouse rated at 130kW which generated 110MWh in 2020. All new replacement lights were upgraded to LED and they are currently in the process of replacing the old lamps. fittings with these highly efficient bulbs.

The oats for the company’s Progress Oatlets are sourced from local farmers within a 60-mile radius of the Kilmacthomas plant, some of whom have been supplying for generations. The company’s annual electricity needs are 2.4 million kWh, about as much energy as a village of about 580 homes.

The solar panels, which sit on the roof of the grain silo, initially cost the company €100,000 and were installed by Enerpower of Waterford.

The 500 kW wind turbine, which was purchased second-hand from Germany in 2015, cost around €600,000 to purchase and install. As well as generating 1.44 million kWh of electricity – around 60% of their annual needs – every year, it also saves the company around €170,000 and is the largest electricity generator in the company.

Johnny Flahavan said: “At Flahavan, we have understood for many years the importance of working in harmony with nature and minimizing the impact of our business on our environment and our community.

“It comes, in part, from such a long history and heritage and the understanding that we are merely stewards of our environment for future generations.

“We have made positive progress in improving the sustainability credentials of our manufacturing processes over the past decade and have seen the benefits of these investments over time.”

If their green credentials weren’t well, green enough of all the above, the company went even further in March of last year.

This is when they completed their Integrated Construction Wetland (ICW).

But the company is still looking to improve its use of renewable energy at the plant.

“But (we could go) probably a little further on solar.

“If I look at our next investment probably it would be more solar (panels) because that makes more sense.”