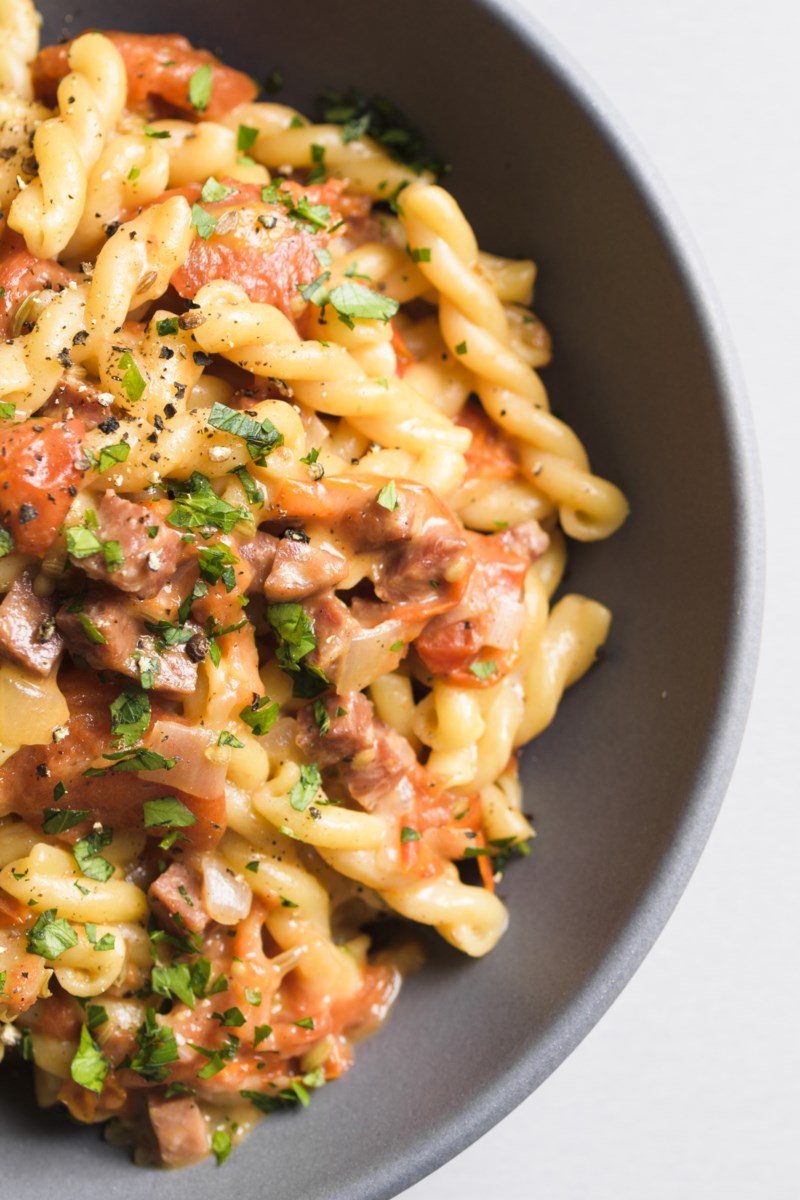 GEMELLI WITH TOMATOES, SALAMI AND FONTINA

Talk to Italy’s top cooks and they’ll tell you that the secret to great pasta is an ingredient that many American cooks throw away – the cooking water for starchy pasta. They always reserve a cup or two to toss in the pan with al dente noodles to help the other ingredients stick together while thickening the sauce.

It’s a technique we had in mind when we developed our unique pot pasta recipes, both to enrich the sauce and to make cleanup easier. The starch released by the pasta gives the sauce body and the pasta absorbs more of the flavors from the sauce, so every bite is seasoned.

In this recipe from our “COOKish” book, which limits recipes to just six ingredients without sacrificing flavor, sweet and tangy cherry or grape tomatoes are balanced by the savory meaty flavor of dry Italian salami (pepperoni and sopressata were our favourites).

We make sure to buy whole salami, not pre-sliced, so it can be cut into small cubes, which unlike slices, stay separate during cooking so they brown all over. Small chunks of fontina cheese mixed in at the end melt with the residual heat from the pasta and sauce, making the dish rich and creamy.

All of this makes for an intimate, satisfying meal in less than half an hour, followed by just a few minutes of cleanup.

Gemelli with tomatoes, salami and fontina