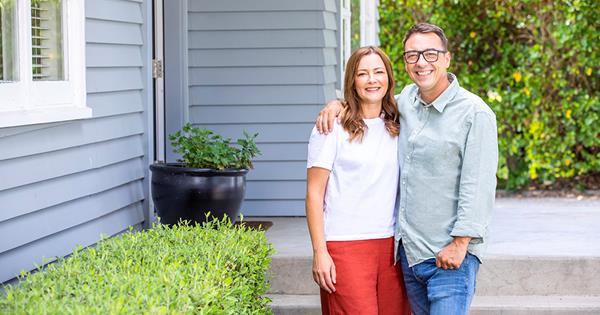 As the popular series returns, we catch up with a previous champion

Brett McGregor was one of New Zealand’s best-known celebrity chefs thanks to his three best-selling cookbooks, his television show and his regular appearances on the cooking demonstration circuit. But in recent years, fans have noticed that the original MasterChef NZ winner has disappeared from the public eye.

Two years ago, Brett decided to step away from his life as a celebrity chef to make a lasting impression on the industry he loves so much.

“When I entered Chef, I wanted to write books and have a TV show. And I loved writing the books, I loved the series, the travelling, meeting new people, new cultures – it was amazing,” Brett says from his home in the leafy West Auckland suburb of Titirangi. But then I realized that I wanted to make a mark in the industry. I want to be respected. So I took a step back and went to work in a restaurant.”

Previously a consultant chef at Auckland Airport’s Strata Lounge in 2017, he stepped into the role of executive chef at the end of 2019, although he had never run a professional kitchen before. “Becoming a chef was a huge step,” he recalls. “The learning was absolutely massive and very, very scary at first, but I had a good team of people around me. I made mistakes, but the good thing about making a mistake is you don’t don’t have to do it again.”

Another major factor in the 49-year-old’s decision to step away from the public eye was wanting to spend more time with his wife Tracey, 47, and son Jack, now 18.

the Taste of a traveler says that in the whirlwind of chasing his dreams after winning the TV title in 2010, he never thought about the time he would have to spend away from his family.

“I don’t think we really thought about it,” Brett says. “So we had some ups and downs. There was a lot of time spent outdoors at the start. I’m not complaining, it was very exciting. But, like any family unit, it’s always better to be together. I’m a calm, at-home person, so it’s been really nice to come back and spend that quality time at home with my family, seeing friends again and being a bit more about of me.”

For Brett, the best times of those early years were during school vacations when Jack, who was only six years old when his father became a household name, could accompany him on trips across the country.

“He loved it when he was able to come with me. I used to do the morning breakfast shows and sometimes he would come too, and he had fun. The hosts always loved him.”

Jack is now months into his first year at South Seas Film School – eager for a career behind the camera – and Brett is convinced his first taste of the television industry sparked his love for the movie theater.

The former middle school vice-principal returns to the limelight this year to promote a new business he’s passionate about. He is a recipe developer and brand ambassador for MenuAid, a meal planning service that provides Kiwis with their weekly menu, customizable shopping list and supermarket delivery options.

It was a natural fit for Brett, who says the business is very similar to what he gave Kiwis through his cookbooks.

“I’ve always settled into this kind of daily family meal,” he explains. “My recipes have always been simple and easy to prepare. MenuAid is going to bring a lot of inspiration into the kitchen. We want this to become New Zealand’s cookbook.”

With MasterChef NZ Returning to our screens soon on Three and ThreeNow, Brett has some sage advice for the new group of competitors.

“They have to look to New Zealand because our food is what makes us unique. We have to make sure we celebrate what we have in a very special way.”

As he reflects on his incredible career, we ask Brett if there’s anything he would change in the past decade.

“Nothing,” he replies categorically. “You have to have the good to know the bad, the highs to have the lows. It all defines who you are as a person. So no matter what happens in life, you have to pick yourself up and keep going. And I gotta admit the last 10 years have been so great, why would I change that?!”

Click here to win one of three MenuAid subscriptions