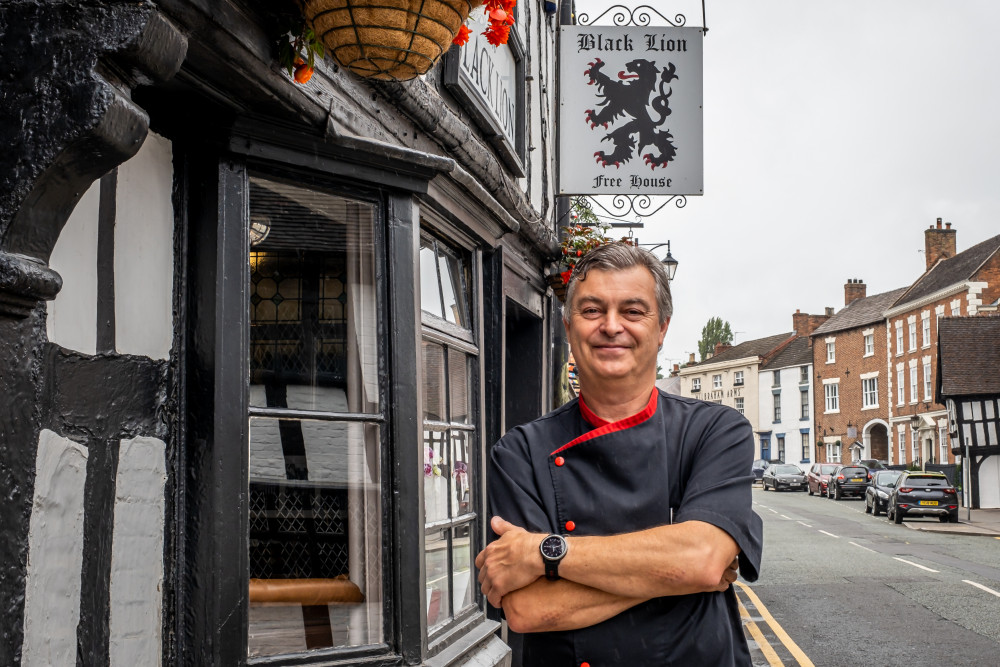 A pub owner who worked as a chef at London’s famed Dorchester Hotel whets appetites at one of south Cheshire’s most recognizable pubs.

Darren Snell puts on the wooden frame Black Lion in Nantwich on the five-star pub grub map after introducing a range of mouth-watering dishes inspired by his time working in the hotel’s Michelin-starred restaurant.

Now the Grade II listed establishment on Welsh Row, which dates back to 1664, has been nominated for ‘Best Pub With Food’ at the upcoming Nantwich Food Awards, which celebrate all that is good and good about local restaurants .

For Darren, who has scooped up numerous awards over his career, including Great Britain’s Chef of the Year and various gold accolades for the Dorchester, local recognition is particularly important.

He said: “No expense was spared at The Dorchester and although the food was exquisite only the rich and famous could enjoy the experience and I believe locals should be able to enjoy delicious food without breaking the bank. .

Renowned for its beer, the pub is also a paradise for gin lovers. Raspberry and marmalade varieties from its regular supplier, Weetwood Brewery near Tarporley, have sold hot this summer.

Darren, who previously ran The Dysart Arms at Bunbury, added: “The Black Lion is renowned for its real ale, winning CAMRA awards over the decades, but we don’t blow our own trumpets enough when it comes to food so it’s really humbling.people took the time to nominate us for an award.

“We try to keep everything local and source as much as possible from nearby vendors, even if that means paying more to cut food miles and keep ingredients as fresh as possible.”

Steeped in history, The Black Lion is Nantwich’s oldest pub – built 20 years after the Battle of Nantwich reenacted every January by the Sealed Knot.

Its original stone floors, cob and cob beams and walls make it the go-to watering hole for Company soldiers walking up Welsh Row to trade their pikes for a pint after a day on the battlefield.

Every Monday night, general knowledge enthusiasts stage their own battle to become the quiz champions of the week. Weekly tours raise funds for local charities.

Meanwhile, Darren and his business partner Louise Gulland are hoping for glory at the Nantwich in Bloom Awards this fall.

The Black Lion has stood empty a few times in its long history, but Darren and Louise, who took over just before Covid, added: “Returning to normal has been a challenge for the whole of hospitality industry, but we have loyal support and welcome visitors from all over the world.

“It is certainly a responsibility to maintain a building of this age. Every nook and cranny must be carefully preserved, but we take pride in caring for it.”

Voting for the Nantwich Food Awards is underway and winners will be announced in October, see www.nantwichfoodfestival.co.uk